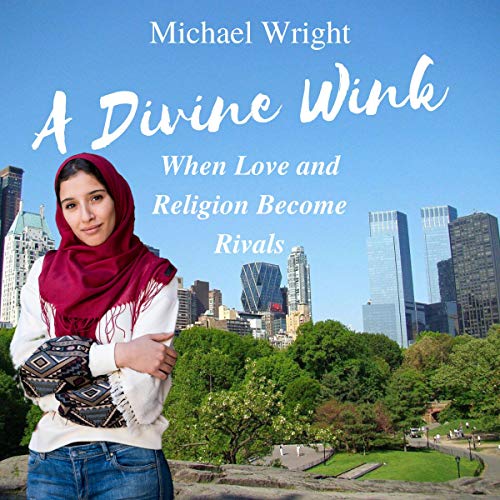 By: Michael Wright
Narrated by: Matt Hicks
Try for $0.00

Adeelah El-Sayed meets Martin Webster, a Christian - a dangerous liaison for a Muslim woman that leads to a private war.The first battle comes from within. Adeelah knows this attraction to a non-Muslim man is unacceptable in her Islamic world. But she loses this battle. She cannot overcome the forbidden love that invades her soul, and she hopelessly surrenders. Together Martin and Adeelah face more attacks from mosque, church, and their two families, all because they dare to love each other. Then two more unexpected attacks: A kidnapping attempt to force Adeelah into a marriage with a Muslim man and a white supremacist attack.

In the Christian New Testament, God winked at the ignorance of Greek philosophers on Mars Hill who worshipped an unknown god. Martin and Adeelah find that God still winks today - a divine wink at the ignorance that separates two, God-fearing people who take their faith in God seriously, an ignorance that conspires to keep them apart.

What listeners say about A Divine Wink