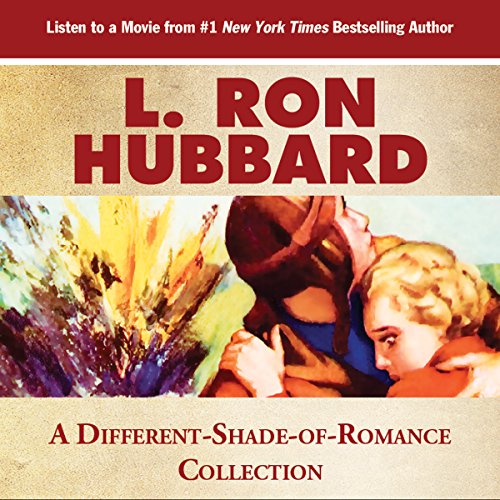 While Bugles Blow: He's a handsome American Lieutenant in the French Foreign Legion. She's a beautiful woman who's as fiery as the North African sun. And she's all his bought and paid for in the village square. Put them together and you ve got fireworks. Two violent native tribes are determined to get their hands on the woman . . . even if it means unleashing an all-out war. Can the Lieutenant hold the fort against the onslaught? And does he have any idea of the secret in the woman s past that could change everything? The wrangling in the marketplace . . . the whisper of conspiracies . . . and the war-cries of the Berber all come to life as the audio takes you to the wild heart of North Africa.

Branded Outlaw: Lee Weston is as good-looking as he is quick tempered, and he's got a lot to be angry about. His father murdered, his family ranch torched, he goes gunning for Harvey Dodge the man who he's convinced is the killer. But it's Lee who ends up shot and on the verge of death. But he s nursed back to life by Harvey s beautiful daughter. Can a great loss lead to a great love? The answer lies in the wild heart of the Wild West. Kick up some dust and gun smoke as the audio version takes you on a hard and bloody ride to the western frontier.

The Toughest Ranger: Saddle tramp Petey McGuire has been kicked around so long, he'd run away from his own shadow if he could. But there's one fight he can't run from the fight against hunger. Petey needs a job quick. But the only way to get one is to act cool and talk tough. And he succeeds all too well landing in the saddle with the Arizona Rangers . . . where he learns exactly what it takes to face the meanest outlaw and win the prettiest girl. Watch your back, as the audio version puts you in the middle of gunfights, bar fights, and all kinds of full-fisted action.

On Blazing Wings: American fighter pilot David Duane believes in but one cause his own. Duane escapes his past when heads off to war in Europe, selling his deadly skills to the highest bidder. But now he's about to take off on a flight that will open his eyes and his heart. Sometimes you have to make a choice, and for Duane, making the wrong one could cost him the woman he loves. . . .

Soar to new heights of adventure as the award-winning audio version puts you on the front line of a battle between love and death.

Forbidden Gold: The Yucatan jungle hides a world of secrets . . . of wealth, love, and fate. Daredevil pilot Kurt Reid is about to fly into the heart of it in search of his destiny and gold. It's an adventure as daring and dangerous as any undertaken by Indiana Jones. Thanks to his grandfather's dying wish, his entire inheritance hangs on his finding one particular gold nugget. Before it's over, he'll either land on a Mayan sacrificial altar or in the arms of his sexy co-pilot Joy. One way or another, things are heating up fast. Journey into the heart of darkness in the Mexican rain forest as the audio version takes you to a place where the glitter of gold makes passions seethe.

What listeners say about A Different Shade of Romance: Where in Love Is the Only Four Letter Word