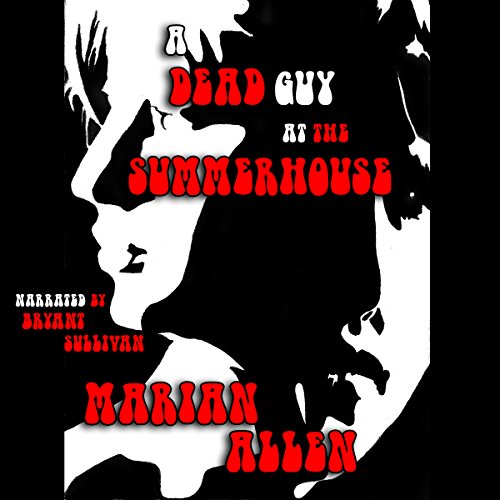 A Dead Guy at the Summerhouse

By: Marian Allen
Narrated by: Bryant Sullivan
Try for $0.00

"It was 1968. Like a lot of 17-year-old males that summer, I was thinking about death. Not Bobby Kennedy's or Martin Luther King's. I was contemplating my own. I could feel my 18th birthday looming, and I had to wonder if I'd spend my 19th in Vietnam, in Canada, in jail, or in the Great Hereafter. It was nearly the last mentioned, and not at the hands of the VC, either. I came this close to having my goozle slit right here at home in good old nothing-ever-happens Faelin, Indiana."

Mitch Franklin thinks he's got it made when the town's wealthiest eccentric hires him to look after her two lapdogs. Then he meets her family. Five years ago, the last guy she hired played head games the family and servants are still trying to recover from. He also wound up dead. Now, some people think Mitch might be just like him. Some people think Mitch might be him, back from the grave. Will Mitch survive the anniversary of his predecessor's death, or will he be another dead guy at the summerhouse?

What listeners say about A Dead Guy at the Summerhouse

This book grabbed me right from the get go. I was very interested in seeing how everything played out and the book kept my attention throughout. This book was provided to me for free through my Audiobook Blast for my unbiased review.

A DEAD GUY AT THE SUMMER HOUSE was a strange and compelling listen. It falls under the horror genre but it was also a psychological thriller. I wasn't quite sure what to expect but I liked it and found myself drawn in and couldn't turn it off. Mitch unknowingly begins working for and living with a family of what appear to be kooks who hold a dark secret from the past until the truth comes out. It was a good, dark story written by MARIAN ALLEN.

BRYANT SULLIVAN was the perfect narrator for this audiobook. At first I was drawn back by his pace and the tension in his voice but I soon realized that it was pertinent to the story. He did an excellent job portraying the characters and the situation of the protagonist.