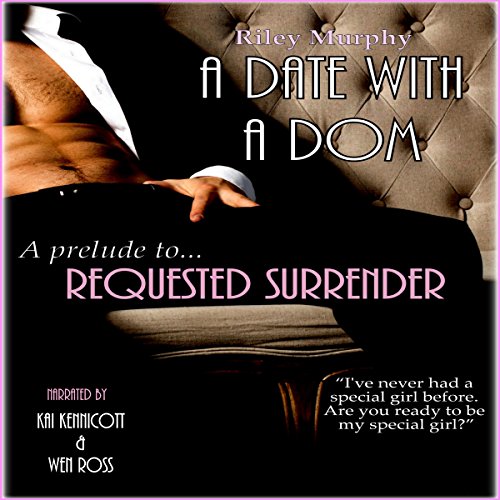 A Date with a Dom: Prelude to Requested Surrender

By: Riley Murphy
Narrated by: Kai Kennicott
Try for $0.00

She wants to be friends and he wants to be lovers. She's vanilla and he's a Dom. She's not convinced this will work. He's positive they'll be great together.

A trial relationship it is.

So they make a pact. He agrees to give her the eight "hands-off" date nights she wants, while she agrees to his condition and participates in all the sexting he's after. She's thinking he's a busy guy, so no big whoop. Unfortunately, he's willing to make all kinds of time... for her.

What could go wrong?

What listeners say about A Date with a Dom: Prelude to Requested Surrender

What did you love best about A Date with a Dom: Prelude to Requested Surrender?

I loved the dynamic between David and Lacy.

A Date wit a Dom by Riley Murphy was a great quick read. David is a Dom that wants to be lovers wth Lacy, but she just wants a friendship. She is afraid a failed relationship with ruin their friendship. They decide to try a trial relationship. I loved this prelude to Requested Surrender. This was a great read and I can't wait to read more of David and Lacy's story.

I love listening to these two. They make the steamy scenes sizzle.

I read the prior review and couldn’t disagree more. There is no sound of footsteps in the background, it’s not narrated by a lone woman, and the narration is awesome. I’m wondering if the narration was redone after that review since this is the first of Murphy’s audiobooks narrated by Ross and Kennicott, and they started narrating for her right in the middle of a series.

This short and sexy audiobook was delicious!

What did you love best about A Date with a Dom: Prelude to Requested Surrender?

A Date with a Dom was my fist Riley Murphy book ever! A ridiculously fun story. It kept me entertained and wanting more. I bought the follow up right after.

But, the narration just pulled it all together. The two narrators just blended as one. Making it a magical experience.

A Date with a Dom was my fist Riley Murphy book ever! A ridiculously fun story. It kept me entertained and wanting more. I bought the follow up right after.

Listening to this book was like listening to fingernails down a chalkboard. It certainly wasn't time well spent.

I liked the story enough to purchase Requested Surrender as an ebook for my Kindle. I am interested to see where the story goes. The characters appear to be interesting and as this is a prequel it sets the scene nicely for what is to come.

The performance - here goes. It was really difficult to concentrate on the story being read because of all the background noises. I could hear footsteps - was she walking as she narrated the book. The music in the background was positively grating. The narration was soooo slow.

Was A Date with a Dom: Prelude to Requested Surrender worth the listening time?

No. I hope this book is out as an ebook.

I thought long and hard about how to review this book. The author has put a great deal of work into the book and I think it will be a worthwhile book to read, but the narration is the big downfall.