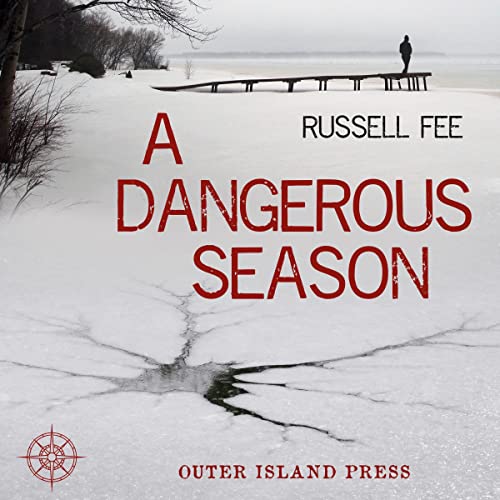 By: Russell Fee
Narrated by: Kevin Theis
Try for $0.00

Callahan, who originally sought peace on Nicolet Island after a fatal acid attack on his fiancée, one that left him both physically and emotionally disfigured, now discovers a lone young girl hiding in the island wilderness. She is unable to speak but agile at surviving on her own in the desperate cold. In the quest to discover the girl's identity, Callahan teams with the Ojibwe tribal police and is drawn to a place where myth and reality merge deep in the Northwoods' most dangerous season.

Besides the mystery of the girl and what brought her to Nicolet Island, this winter begets other dangerous conundrums: contaminated lake fish, an island murder, and a dead body in the woods. As Callahan's experienced young deputy, Amanda, and her neophyte partner, Nick, work with Callahan to solve the island's crimes, they face the additional challenge of piggybacking a professional relationship on one that began as deeply personal.

Callahan faces his own relationship challenges when he and Julie, his romantic partner, disagree over the eventual placement of the found girl. Knitting A Dangerous Season together is the indelible sense of place the Northwoods convey. In contrast to the bustling tourist environment of earlier Callahan novels, winter imbues Nicolet Island with both icy danger and lyrical beauty - a fitting environment for a teeth-chattering thriller.

What listeners say about A Dangerous Season