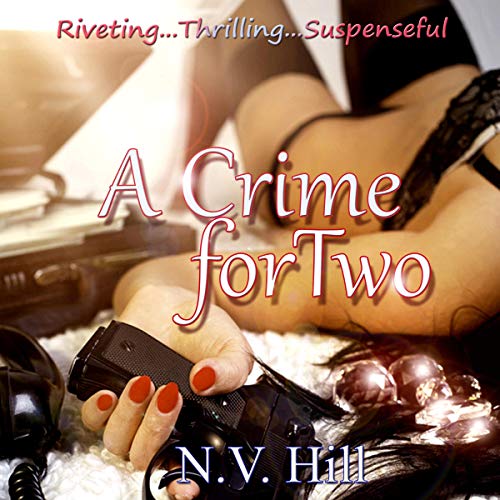 A Crime for Two

A Crime for Two

At a very young age, Crystal knew that she wanted to be a police officer just like her father. Crystal's dad was nothing less of a superhero in her eyes and she was flabbergasted every time she caught a glimpse of him on television in his superhero uniform. Of course, as she got older she realized that it was just the evening news reporting local crime, but that didn't undercut her admiration for him.

Tragedy struck as one of her dad's most joyous occasions transpired into a nightmare. Shortly after his promotion as lead detective, he was murdered during a sting operation. Crystal's devastation carried on throughout her personal and professional life. Her ability to cope had dissolved and her festering emotions wreaked havoc.

If you enjoy thrillers with a touch of eroticism, this is the head-spinning suspense to listen to!

Hot like FIRE! This was a sizziling, sensual, GROWN & SEXY! Girrrrrl...I had a moment (lol). This will get you in the mood. I didn't expect the ending at ALL! Even though this was a story short, it was well-written and had a lot of depth to it. Great work!