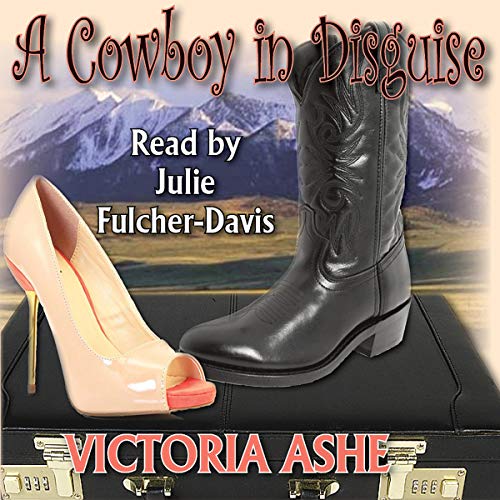 A Cowboy in Disguise

A Cowboy in Disguise

By: Victoria Ashe
Narrated by: Julie Fulcher-Davis
Free with a 30-day trial

The threat to her pet project meant war. If she could just figure out who the enemy was.

Alexandra Hunter is pretty much alone in the world - except for her matchmaking boss and contrary friend, Mary. After a "Date with the Living Dead" and a brush with executive espionage, she's focused on climbing the corporate ladder. Romance just isn't worth the effort. Then enigmatic playboy Scott Falconer comes along in cowboy boots and a tuxedo to cut the rungs out from under her.

Scott's reputation has apparently preceded him. The problem is, that reputation seems to belong to another man entirely. Granted, he has a bit of a double-life, but from his point of view, he also has the best of both worlds to offer. It feels to him like Alexandra has thrown the gauntlet down and drawn her boundaries. Luckily, Scott Falconer was never very good at staying inside the lines.

What listeners say about A Cowboy in Disguise

Great story, lots of romance. Enjoyed it very much. The performance hit all the right notes.