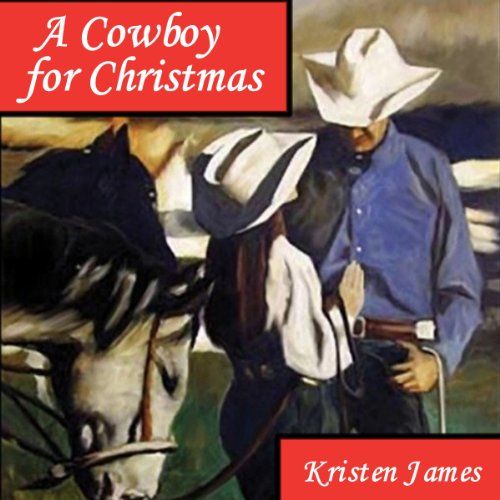 A Cowboy for Christmas

By: Kristen James
Narrated by: Christine Fitzgerald
Try for $0.00

When her estranged brother passes, Missy is suddenly an unwanted co-owner to Ocean View Stables by Florence, Oregon. Missy wants to start over somewhere new after her old boss burned her. She's jobless and has a wrongly ruined reputation, so this works out perfectly...until she meets the cowboy running the place. Brent built his dream with determination and his two hands; he's responsible for everything that happens there. Secretly, he feels responsible that his former partner died. He also doesn't hide his belief that Missy won't stick around. Women tend to take off on him so why would she be any different? They both have a past that can ruin their future. Can he trust her to stay? Can she trust him with her heart?

What listeners say about A Cowboy for Christmas

So, this was a good story. Both Brent and Missy were likable and there was plenty of sexual tension without too much sex, mostly fade-to-black. Which was good for me. I don't care as much for the sex as I do all the thoughts and feelings leading up to it. I just hate gratuitous sex, sex for the sake of sex. Anyway, I'd definitely read more from this author.
That being said, I think something went wrong in the reading and the writing of this book. There was pages and pages where the words being read were not syncing with the book or sentences and paragraphs were added to the book after the narration was done.
It was just crazy. But, if you waited the words and pages would catch up with each other.
AND there was a time when they were talking about another woman and the book said her name was Amanda but the narrator called her Catherine. I'm sure it was not the narrators fault. I don't think rewriting a book is a good idea when it's already been narrated. To me it wasn't so bad but to others' it'll be earth-shattering. LOL..

As to the narrator: She did a fine job. No emotion to speak of but the men all sounded like men and that's important. Nothing worse that a man and woman making love and having it sound like two women.