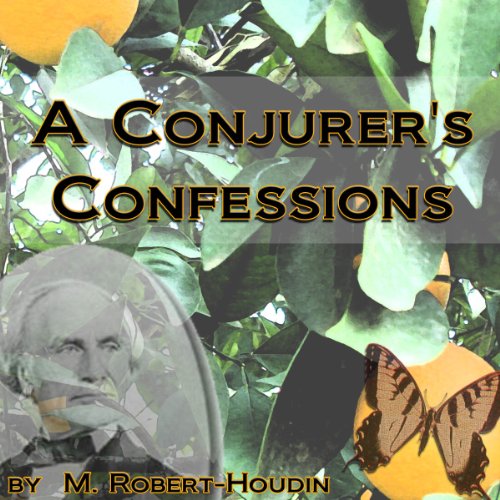 By: Jean Robert-Houdin
Narrated by: Jim Roberts
Try for $0.00

Jean Robert-Houdin was a Frenchman widely known as the father of modern conjuring. Magician and escape artist Harry Houdini later paid tribute to his skill by adopting his name. In addition to being a gifted magician and conjurer, he was the creator of a trick that became extremely popular. He called it "Second Sight". All the mind reading tricks and performances we see today came from Houdin's original inspiration. This audiobook is extraordinary in that it actually explains the secrets of many of his conjuring tricks, including "Second Sight". It is an audiobook that every magic-enthusiast should listen to and everyone who has every watched a magic act will find fascinating. Robert-Houdin takes you inside the mysterious life of a magician. He details his experience of self-training and of his his tricks. Another astounding part of his memoir takes place in Algiers, where he was a special envoy and where he was challenged to overcome the Marabouts' Magic with his own.

What listeners say about A Conjurer's Confessions