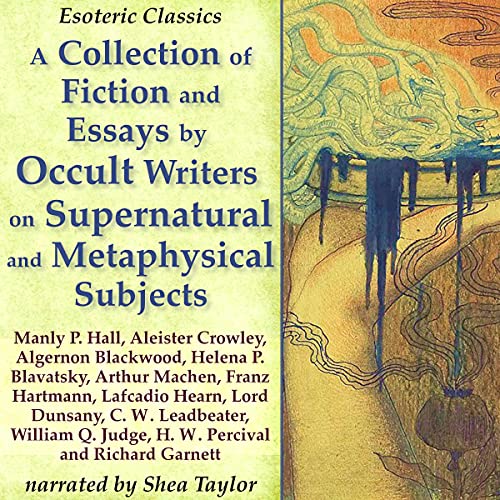 The unifying factor of this collection is that, without exception, every author included here was in some way or another involved with or interested in the occult. In some cases, they were members of an occult organization, such as the Hermetic Order of the Golden Dawn, the Theosophical Society, or similar such groups. Others simply had a strong personal interest in the subject matter or practiced some form of the esoteric sciences in private, their interests having been preserved through diary entries and letters to their peers or documented by the publishing legacy they left behind.

The co-mingling of fiction and non-fiction is very much how this written material would have been published at the time. The contents include: Cave of the Echoes by Helena P. Blavatsky, Modern Vampires by Franz Hartmann, Ancient Sorceries by Algernon Blackwood, Liber Tzaddi by Aleister Crowley, The Priest of Ra by Manly P. Hall, A Weird Tale by William Q. Judge, Strange Story of a Red Jar by Arthur Machen, Psychic Tendencies and Development by H. W. Percival, The House of the Past by Algernon Blackwood, The King of the Wood by Aleister Crowley, Aphorisms From the East by Helena P. Blavatsky, The Demon Pope by Richard Garnett, The Cedar Closet by Lafcadio Hearn, Non-Human Inhabitants of the Astral Plane by C. W. Leadbeater, and The Kith of the Elf Folk by Lord Dunsany.