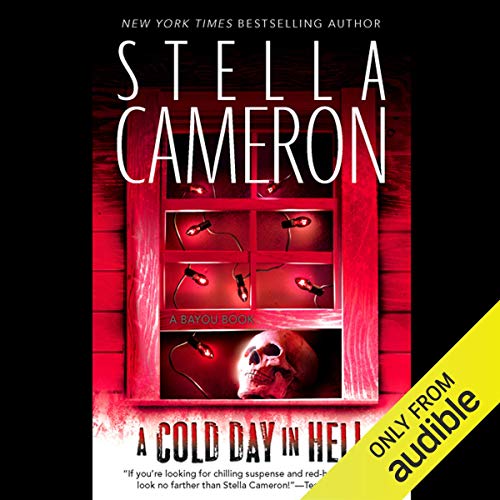 A Cold Day in Hell

A Cold Day in Hell

Christmas is coming, and all is far from calm in Pointe Judah, Louisiana. Newcomer Christian DeAngelo, "Angel" to his friends, is at his wit's end trying to manage Sonny, the hot-headed 19-year-old everyone believes is his nephew. In fact, Sonny is the orphaned son of a notorious mob boss, a protected witness...and Angel's responsibility.

Angel has been commiserating with Eileen Moggeridge, whose lonely son Aaron has latched on to Sonny and gotten into deeper trouble than ever. But nothing could prepare Angel and Eileen for the boys' latest crisis: as they are horsing around in the swamp one afternoon, a shot rings out. Aaron is hit, but was the bullet meant for Sonny?

Suddenly, goodwill toward men is in short supply and Angel doesn't know who's more dangerous: the hoodoo mystic with an eerie hold over the boys, the hit man roaming the bayou, or Eileen's volatile ex-husband, Chuck.

dont start with this one

I had a hard time giving this 2 stars. I have liked this author for many years and have read almost all of her books. This one was not good at all, seemed like elementary writing. Didnt like the narrotor's accent at all. If you have never read this author dont start with this one. Try another

Couldn't make it through the first half of this book. The reader's accents come and go, and the book itself is predictable and the story could be told better in fewer than 3 hours. This will be my last book by this author and probably by this reader.

Not a good narrator for this book.

The narrator completely distroyed this book. She had a bit of a redneck accent instead of a Louisiana cadence. Not sure how to explain but the way the narrator read the book made it difficult to follow. It could be that I couldn't get passed the wrong accent. There are so many narrators that can portray the Louisiana, Cajun cadence I don't understand why one of them wasn't chosen to read this book.