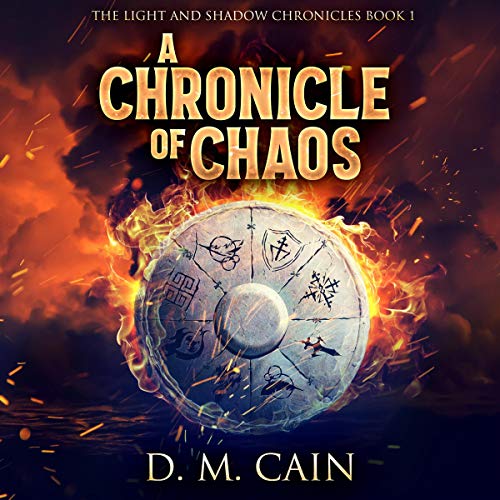 A Chronicle of Chaos (An Epic Tale of Immortals and Demons)

A battle of the wits. A realm ravaged by war. Two Fractions Thrown Together.

Chaos has made it his quest to fight in the name of honor and glory. As a soldier of light, he has no doubt that he is the strongest warrior in the land. But, even his strength and confidence can’t stand up to the powers of Hell and the Bavelize, whom he must partner with to gain more soldiers for the good fight.

It’s a fateful coincidence that finds Chaos at the mercy of the demon Anathema. He finds himself immersed in an intense rivalry. Both Anathema and Chaos are determined to destroy one another.

However, a twist of fate leads Chaos to contemplate an alliance with his arch enemy. Should he continue his solo fight? Or, will he indulge in the evil that Anathema represents? His journey of self-discovery leads Chaos to question his loyalties.

In the midst of a brutal war, Chaos must make a life-changing, moral decision that he’s been dreading since his battle began. Can he trust the evil? Will he put his loyalty aside? Or, will he charge forward in battle and hold onto the small shred of strength and dignity he has left?

I think I would’ve liked the story more if it was in someone other than Chaos or Anathema’s POV. They were both whiny and annoying, although, since Anathema was a demon I guess you’d expect it from him. The fight scenes were over in what felt like seconds. I liked the narrator but I couldn’t get over the constant loud page turning, hitting the mic several times and other noises I couldn’t figure out. I would like to read the other books in the series to see if they might be better.

I enjoyed this story. The narration was good. The characters well developed and complex. The story world well designed and immersive. Overall an enjoyable listen. I definitely recommend it!

I enjoyed this ! War between demons and angels. To fall in love with a fallen angel! Narrator was good!

Amazing story! Loved the way the characters are portrayed. Just the very last chapter with the sound of pages being turned, that nearly ruined it for me.