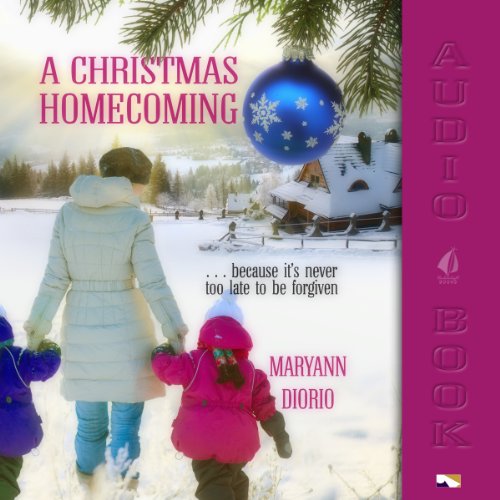 By: MaryAnn Diorio
Narrated by: Celia Lynn
Try for $0.00

Seven Christmases have passed since Sonia Pettit last heard from her daughter Jody. Since Jody's departure, Sonia's world has been turned upside down. Her husband has died of a broken heart, and her son, bitter over his sister's destructive actions, has become rebellious.

Her greatest desire is to have her family together at Christmas, but after what Jody has put them all through, can Sonia truly forgive her daughter?

Jody Pettit O'Dair ran away to experience a life of adventure and excitement, but since her departure, her world has been turned upside down. She's been abandoned by the man she met and married, lost her job, and is unable to care for her two children. With nowhere else to turn, this prodigal daughter begins the long journey home and prays she will be welcomed after walking away so long ago.

Will Jody find forgiveness in the arms of her family as easily as she received it from God?

What listeners say about A Christmas Homecoming

Though seven years have passed Jody with two small children should know a mothers love. That by returning she will be welcome. A bond that can not be broken and healing for both to come. A good story and with good narration by Celia. Given audio for my voluntary

Can Jodi come home after she left seven years ago? Can she rebuild the bridges with her family again even with the pain and suffering they all had to endure? A great audibook

Jody walked away from her family and everything she knew seven years ago, to experience life. Now as everything is crumbling, she returns to those she abandoned. Will she be turned away, or is forgiveness possible.

Celia Lynn’s narration brought the story to life. I enjoyed her performance.