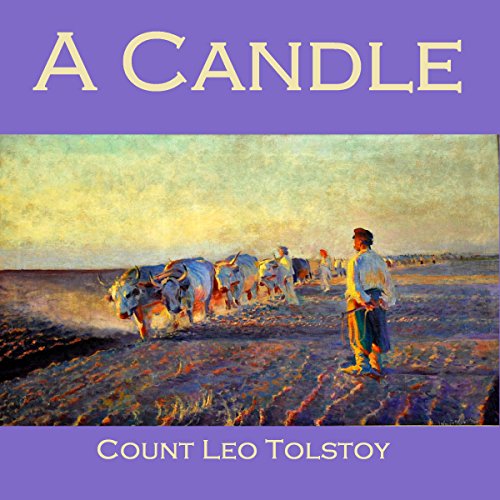 By: Count Leo Tolstoy
Narrated by: Cathy Dobson
Try for $0.00

Leo Tolstoy, was a Russian writer and philosopher who primarily wrote novels and short stories. He was a master of realistic fiction and is widely considered one of the world's greatest novelists.

Tolstoy's literal interpretation of the teachings of Jesus, centering on the Sermon on the Mount, caused him in later life to become a fervent Christian anarchist and anarcho-pacifist. His ideas on nonviolent resistance are represented in his short story "A Candle", which tells the story of a group of peasants suffering under a tyrannical overseer. His beatings are so severe as to be sometimes fatal and when he orders the serfs to plough the fields on Easter Sunday, a discussion begins as to whether they should assassinate the brutal steward. The peasants are divided on the subject. One group, led by Vasili are determined to murder the bully. Another group, swayed by Piotr, believe it is best to bear their sufferings rather than to risk their souls.

But neither group can possibly foresee the strange and terrible events that occur when Easter Sunday arrives.

What listeners say about A Candle