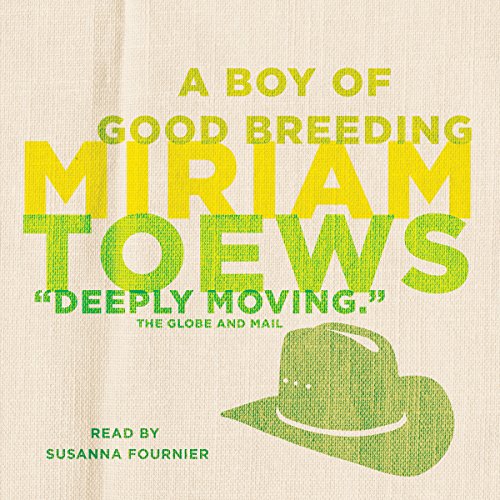 A Boy of Good Breeding

By: Miriam Toews
Narrated by: Susanna Fournier
Try for $0.00

Life in Winnipeg didn’t go as planned for Knute and her daughter. But living back in Algren with her parents and working for the longtime mayor, Hosea Funk, has its own challenges: Knute finds herself mixed up with Hosea’s attempts to achieve his dream of meeting the Prime Minister - even if that means keeping the town’s population at an even 1500.

Bringing to life small-town Canada and all its larger-than-life characters, A Boy of Good Breeding is a big-hearted, hilarious novel about finding out where you belong.

“A Boy of Good Breeding caught me at the throat, made me laugh and weep with sad-sweet joy…. [The characters] get under your skin, and finally, it seems, into your very blood, where they quicken the heart…. Tonic for the spirit: a charming, deeply moving, unerringly human story, perfectly shaped and beautifully told.” (The Globe and Mail)

What listeners say about A Boy of Good Breeding