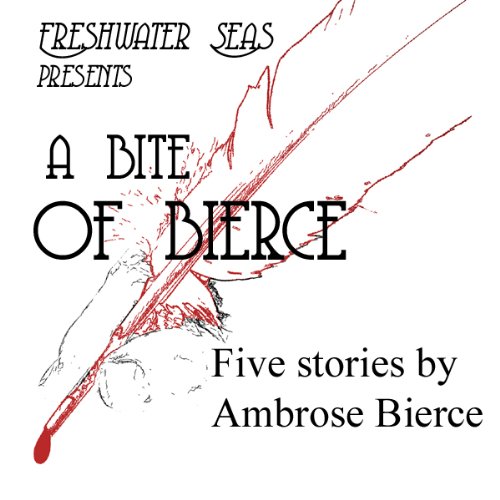 A Bite of Bierce

A Bite of Bierce

Five wonderful stories by Ambrose Bierce, full of vivid characters, precise and evocative language, surprises, and suspense. Written more than a century ago, these stories still capture the imagination with vivid, precise language that bites - and may even draw blood! This Freshwater Seas production presents these five classic stories performed by Susie Berneis and Robert Bethune, with subtle musical underscoring to enhance and enrich Bierce's words.

"Staley Fleming's Hallucination", in which the ghost of a Newfoundland dog with a white forefoot is hungry for revenge!

"The Damned Thing", in which we meet a wild, ferocious animal determined to drive a man off his land - or drive him insane, once he realizes the strange truth about the danger he faces.

"An Occurrence at Owl Creek Bridge", in which a life, flashing before the eyes, and a miraculous escape from certain death, suddenly becomes something else entirely in Bierce's strangest and most famous fantasy. (In 1963, a movie version of this story by Paul De Roubaix and Marcel Ichac won the Academy Award for live action short subject. And the Twilight Zone version of it is, of course, justly famous.)

"Diagnosis of Death", involves a doctor whose incredibly accurate diagnoses are not at all conducive to a long and healthy life.

Last but not least: "The Boarded Window", in which a window is forever boarded up and a love forever gone.