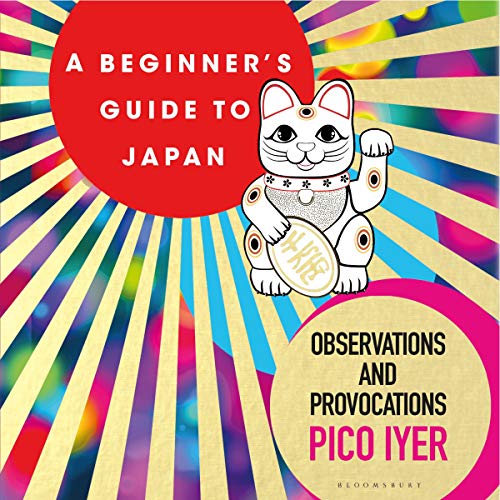 A Beginner's Guide to Japan

By: Pico Iyer
Narrated by: Sartaj Garewal
Try for $0.00

Pico Iyer has been living around Kyoto for more than 32 years, but he admits at the outset of this book that he sometimes feels he knows less now than when he arrived. In the constantly surprising audio that follows, he shows how an evening with Meryl Streep, a walk through a ghostly deer park, even a call to the local Apple service centre can open up his adopted home in fresh and invigorating ways.

Why does anime make sense in an animist culture? How might Oscar Wilde reveal a culture too often associated with conformity? How can Japanese friends in a typical neighbourhood turn every stereotype on its head? His provocations may infuriate you - may even infuriate himself - Iyer confesses in his opening salvo, but maybe it’s only by setting its love hotels next to its baseball stadia, its wild fashions against its eighth-century values, that Japan can be made new again for both the first-time visitor and the jaded foreign resident.

What listeners say about A Beginner's Guide to Japan

You'll Need A Sieve To Get What You're Looking For

Hmm... This wasn't quite what I was expecting when I heard the sample. I've always been fascinated by Japan and its people. It's true to say that the more I learn about the people and their culture, the less I understand. Japan is an enigma to most westerners and so whenever I have an opportunity to read something that sheds light on the place and the people, I jump at it.

This book does indeed contain a number of interesting observations. The problem i had with this book was having to sieve through the somewhat verbose and rather arty prose to get from it what I had been expecting. The author is clearly a very intelligent man, but the book has so many quotes from rather obscure writers that it becomes as much a lesson in philosophy as something of real easily digestible substance.

Narration was fine, although I didn't really like the accents, particularly the American ones, affected here.

In summary, the book felt more like a piece of modern art: More style than substance and, at times, came across as a little pretentious in how the relevant information was delivered.

If you can get this in a sale,as I did, and you have a strong interest in Japanese culture, then by all means get this book. It does have some interesting facts as well as present the listener with a flavour of the oddities of Japanese culture, but there is a fair bit of wading through some waffle to get there.

This is by far the best book I have read on Japan. Excellent narration. Thank you