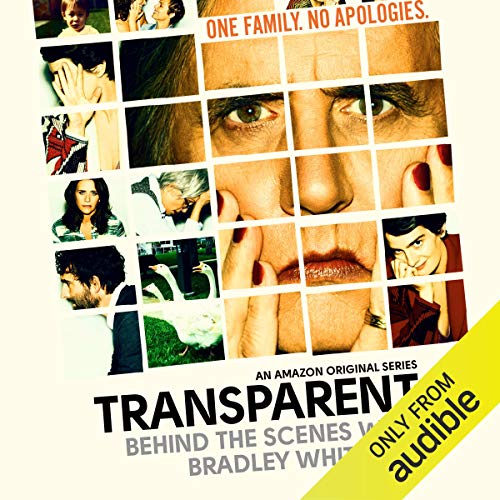 Transparent: Behind the Scenes delivers the inside scoop on the Amazon Original Series Transparent, starring Jeffrey Tambor, Judith Light, Amy Landecker, Jay Duplass, and Gaby Hoffman. It's the darkly comedic story of an LA family with serious boundary issues, whose past and future unravel when a dramatic admission causes everyone's secrets to spill out. Note: Spoilers ahead - Transparent: Behind the Scenes interviews reveal every twist and turn of Season 1!

"Nobody has ever seen me but me." Bradley Whitford is a West Wing alumnus and 2015 Emmy nominee for his Transparent role as Mark, Maura's tough friend who argues the hardest when they confront what it means to be true to themselves - and what it takes to break a secret.

Bradley talks about his own family and his preparation for this role; his son reports, "Dad, this is the most excited I've ever seen you for a part!"

Recorded and engineered by OutLoud Audio.

What listeners say about 9: Bradley Whitford