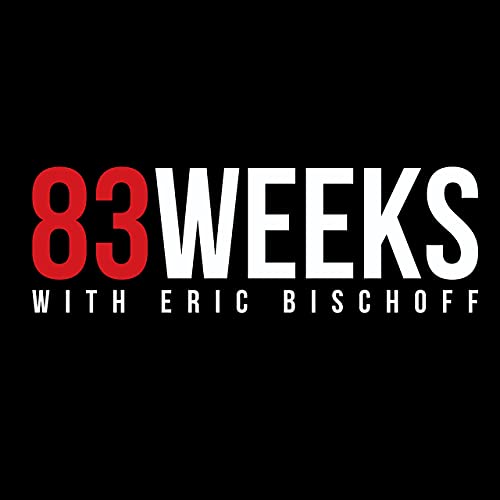 What listeners say about 83 Weeks with Eric Bischoff

A must-listen for any fan of wrestling history.

If you grew up a fan of wrestling through the 80s and 90s and were lucky enough to watch the Monday Night War unfold between WCW and WWE(WWF) you witnessed what I many would consider to be the greatest period of time for the sport and to be a wrestling fan. The competition between the two companies spawned some of the greatest innovations such as the NWO and the Elimination Chamber to superstars like The Rock and Stone Cold Steve Austin.

Bischoff is full of it!

I started listening to this podcast and enjoyed it at first. Then I noticed that Eric Bischoff began to contradict himself. He claimed that he could spend up to 1 million dollars without permission from Turner, but then he said that he couldn't help Rick Rude with a contract because he wouldn't be able to get permission for the $350,000.00 payment to pay back Rick's insurance money for his career ending back injury. If you do the math, $350,000.00 is well under $1 million and would even leave some money for Rick's contract. There are other things that he says which are equally hard to believe. I give it 2 stars simply for Conrad Thompson who occasionally calls Eric out on his BS.