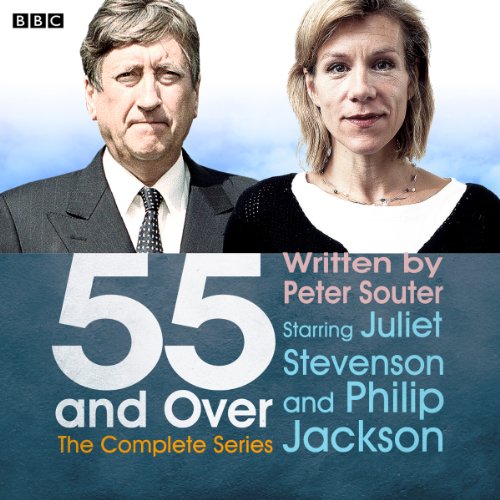 By: Peter Souter
Narrated by: Juliet Stevenson,Philip Jackson
Try for $0.00

Juliet Stevenson and Philip Jackson star in Peter Souter's comedy about love, sex and other foolhardy mistakes made by the modern 50pluser.

Peter Souter is multi-award winning writer. His Radio 4 Afternoon Play, Goldfish Girl, received both a Sony and a Tinniswood award for Best Drama. He also wrote That's Mine, This is Yours (picked as Play of the Week podcast), Puddle, and Stream River Sea. His ITV comedy series Married, Single, Other was internationally broadcast and received much media praise. He also wrote Deep & Crisp & Even a short film for Sky One starring Timothy Spall and Natascha McElhone. Peter has a number of other film and TV projects in development.

What listeners say about 55 and Over (Complete)

So disappointed & let down with this story line. Kept waiting for the play to start & get into the nitty gritty when it suddenly ended !! And I was glad. A few swear words & a referral to a hairy behind do Not A Play Make. A total waste of the great Philip Jackson, Juliet Stevenson plus my credit.