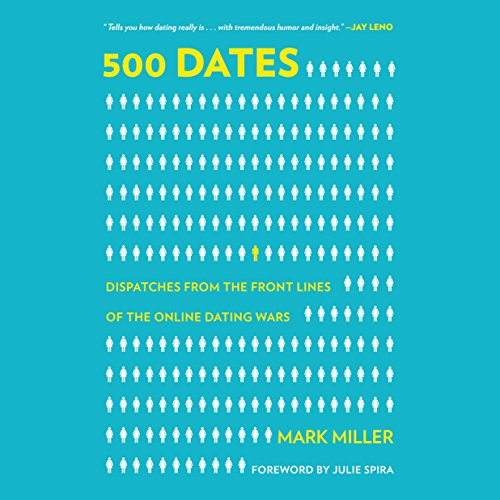 Among the true dating tales and revelations you will find in this audiobook are:

What listeners say about 500 Dates

As a female, I found it very intriguing to hear the male perspective and the hilarious stories!

great if you need a laugh

oh I don't know where to begin. Absolutely one of the funniest books I've ever listened to. And I can relate with. the epilogues was great especially the one about the woman who stopped the guy made a mint every year and it turned out to be literally. Also people spontaneously bursting into flames during sex.

I just didn’t feel it.

Most of the jokes and information is old and tired. I didn’t learn any useful information, change my perspective about dating, and I didn’t find anything funny. I am sorry I used a credit for this. You might enjoy this if you are Jewish, a man, and over fifty.

Don’t spend money on this!

Poorly told make believe stories and imaginings. No good information and all told from a beta male mindset.

This has been the worst investment of my life... just terrible. Save your money for something better.