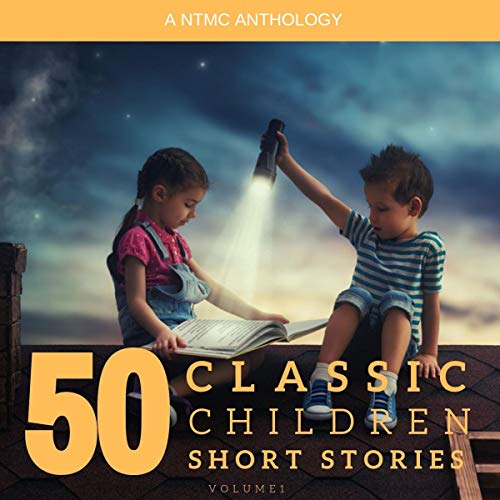 By: Edgar Allan Poe, and others

By: H. P. Lovecraft, and others

50 Self-Help Classics to Guide You to Financial Freedom

By: Napoleon Hill, and others

In the mystical land of Arabia, there is secreted a magical door that opens with the command, “Open, Sesame!” Inside lays the plunder of a century of robbers and mercenaries. When Ali Baba witnesses 40 thieves open this door with the enchanted words, endless possibilities begin to unwind before him.

Ali Baba and the Forty Thieves

By: The Arabian Nights

In the opening scene of this story Alice is a young girl living in the country and becomes bored by her sister sitting out in the open field quietly reading. When a white rabbit passes by Alice decides to follow it and when the rabbit pops down a large rabbit hole, well Alice follows as well. Once at the bottom she explores a new and strange world where nothing is as it seems and everything continues to change. She meets bizarre and crazy characters who speak in rhymes, riddles and just plain nonsense.

By: Edgar Allan Poe, and others

By: H. P. Lovecraft, and others

50 Self-Help Classics to Guide You to Financial Freedom

By: Napoleon Hill, and others

In the mystical land of Arabia, there is secreted a magical door that opens with the command, “Open, Sesame!” Inside lays the plunder of a century of robbers and mercenaries. When Ali Baba witnesses 40 thieves open this door with the enchanted words, endless possibilities begin to unwind before him.

Ali Baba and the Forty Thieves

By: The Arabian Nights

In the opening scene of this story Alice is a young girl living in the country and becomes bored by her sister sitting out in the open field quietly reading. When a white rabbit passes by Alice decides to follow it and when the rabbit pops down a large rabbit hole, well Alice follows as well. Once at the bottom she explores a new and strange world where nothing is as it seems and everything continues to change. She meets bizarre and crazy characters who speak in rhymes, riddles and just plain nonsense. 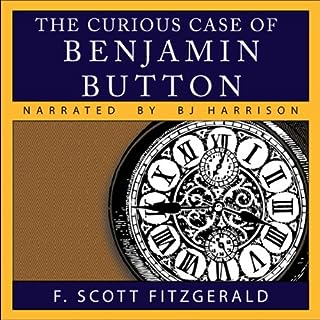 Benjamin Button was literally born an old man. He lived a backwards life, for his body grew younger as the years passed him by. Come and listen to the original, unabridged story by F. Scott Fitzgerald which inspired the movie.

The Curious Case of Benjamin Button 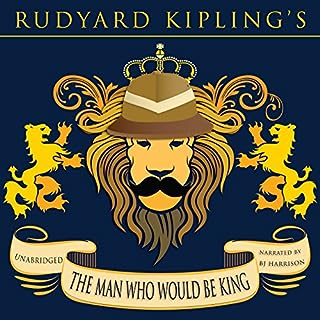 Through the sands of the scalding deserts of India, two loafing vagabonds follow a half-scribbled map, heading for a land they hope to conquer.

The Man Who Would Be King [Classic Tales Edition] 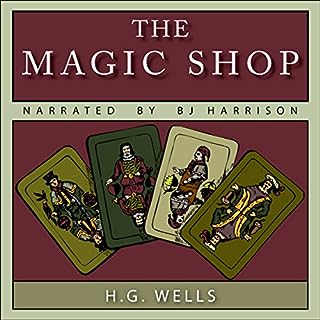 Simple magic tricks are what a little boy is looking for when he drags his father into a quaint, old shop. The proprietor seems to be a master of illusion - a genius at slight of hand. But, as the son becomes mesmerized, the father feels an icy hand grip his heart. 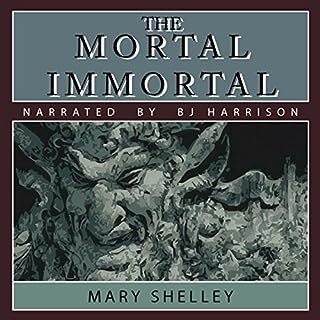 An ancient alchemist drags out his weary life in search of the elixir of immortality. But, when his vengeful assistant quaffs the mixture, he discovers that the effects of the draft of immortality may never wear off. Mary Shelley explores the concept of immortality, following a character that never ages through a ponderous and thought provoking life. 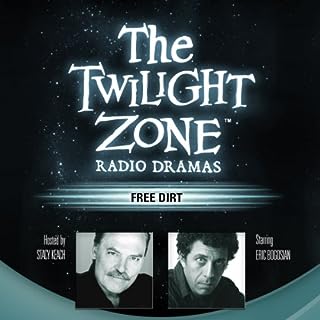 A penny-pincher carts off free soil from a graveyard in which to grow his own fruits and vegetables - but eventually the free dirt gets him in over his head. 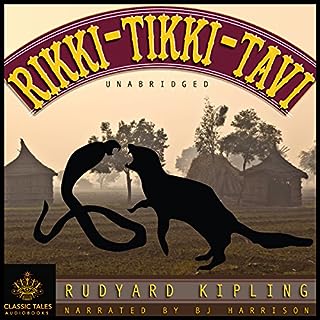 The pages of The Jungle Book are opened, and a wild mongoose fights tooth and nail with deadly cobras. 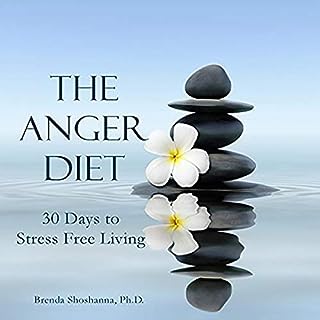 Road rage, school shootings, workplace violence, domestic abuse, drug addiction, and even the national obesity epidemic are manifestations of an overarching problem gripping our society: anger. Other books about anger are on the market, but this is the first and only "diet" from anger: a practical, step-by-step 30-day program designed to help listeners cleanse their lives of the toxic effects of anger. As Dr. Shoshanna points out, "It is one thing to have an intellectual understanding of what is harmful. It is something else to know how to actually get rid of anger in your life." 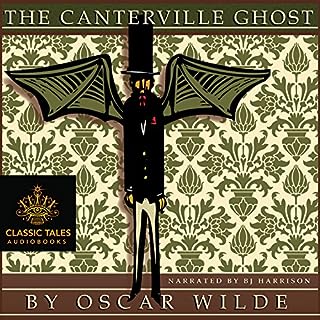 The ghost that haunts Canterville Chase has built a marvelous career of midnight haunting. But when an American family moves in, they simply have no respect for permanent bloodstains, nightmarish chains, or ancient legends. They even throw pillows at him. 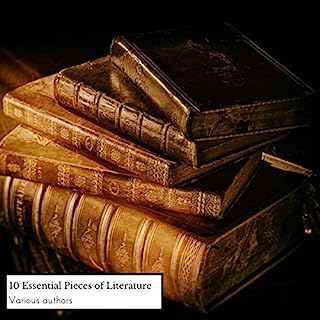 By: Khalil Gibran, and others 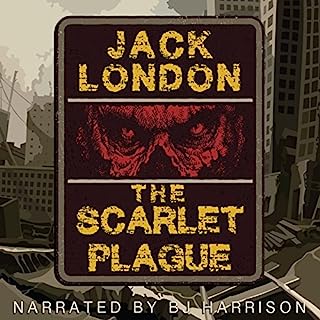 Twelve billionaires rule the United States, while those called freemen are forced to serve the rich. But that was 60 years ago, before the Scarlet Plague. In this post-apocalyptic novella, a ragged and tattered old man tells his progeny of what life was like before The Scarlet Plague appeared - and wiped out civilization as they knew it. 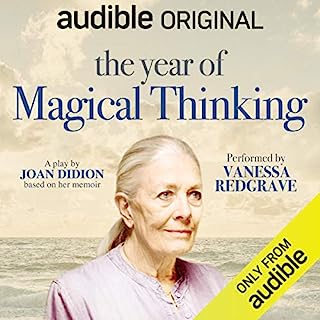 When celebrated writer Joan Didion’s life was altered forever, she wrote a new chapter. In this adaptation of her iconic memoir, Didion transforms the story of the shattering loss of her husband and their daughter into a one-woman play performed by Tony Award winner Vanessa Redgrave, who originated the role on Broadway in 2007.

The Year of Magical Thinking 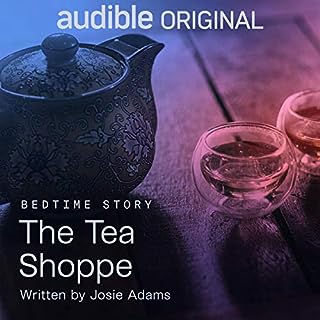 Eleanor, the charming manager of a cozy tea shop, enjoys the transportive ritual of making a cup of Masala Chai tea, reminisces about the tea's origins, and delights in the beauty of her quaint English village during the holidays. Bedtime stories are narrated by the world's most celebrated voices and written with no beginning, middle, or end so you don't stay up to hear what happens next. They're interesting enough to give your mind something to focus on, but delivered in a way that encourages sleep.

This Audiobook contains the following works:

Violent stories read in a soft voice. For example, a mother tells daughter she will part her hair using an axe. Then she kills her daughter, cuts out her heart and liver and turns them into a stew that she gives to the girls father. No lesson or morals, just terrible stories. Not comfortable having my child listen to these.

Under a dollar for a bunch of classic stories

Great classic stories! Three little pigs, Jack and his beanstalk, Little Red Riding Hood, Cinderella and many more. All easy to understand and perfect for my little cousins. They love listening to them before bed. Not sure why the negative review, these are all classics and the few that might be scary you don't have to listen to with your kids until they are older.

Sick to my stomach

I downloaded this to listen on my car ride to work with my son. He’s 4 months old. And they are stories about chopping off children’s heads and such. Not happy. I must have missed the part where it explained what these books talked about.

What a bargain! So many great stories for a low price. The cover is quite nice too!

So sad. The narrator was coughing in the middle of the story. but it was only .66cent so not complaining about the price. just because this is for kids doesn't mean it should be pour quality.

I should have been wary because of the price. Some of these stories don’t seem appropriate for children and the narrator repeats herself & even coughs while reading one story.

Terrible on so many levels. Please don't buy this

Wow. I paid 66 cents - you get what you pay for. Inappropriate themes for kids. Colloquialism/phrases being used but strangely without the accent you would expect. Grammar is beyond poor... stuff I would not want my kid repeating. How no one went back to the drawing board with this one is beyond me.

Was this even edited?

Good old fairytales from my childhood, but wow! The narrator coughs in a few stories. There are whole parts repeated in a number of stories. Guess I got my $.66 worth!

Stories often include death dismemberment and other implications some might find inappropriate for children stories.

I have no idea how anyone could release this with any belief it’s suitable. The narration is awful, almost like there is an attempt to make every story a single sentence, with the only pauses (I am being serious) for the narrator to cough!! The clarity is poor, the stories poor and my kids just couldn’t follow any of them. If it’s free please still avoid!!

Truly horrible. I saw the bad reviews but I thought I couldn't go wrong for 38p. Alas, this is actually painful to listen to. Every single time the letter S is read, it comes with an awful, grating whistle. I can't take this even for five minutes. Very poor.

I had forgotten how nasty the Classic fairy tales are. They are in my opinion unsuitable for children, certainly when you can listen to lovely kind books now. The narrator also periodically coughs throughout the narration and it hasn't been edited out. Not my favourite audio book.

The stories may be interesting, but the reading is truly terrible: both hard to follow and boring.

Narration has no umph at all. Might as well get a robot. Totally flat voice

I was shocked at the themes such as mother chopping her daughter's head off as she was jealous! My kids who listen to audiobooks on a regular basis were mortified and demanded I turned it off. Also, language is outdated-making it difficult for kids to understand. Extremely disapointing!

The stories are very dark, bringing in death and killing. Not very appropriate for children. The reader read quick and without much character too.

The stories are very dark, bringing in death and killing. Not very appropriate for children

Narrator coughs numerous times, pages can be heard being turned, words, sentences, paragraphs and even entire chapters are repeated (nice way for the narrators to get extra money for their bad work by making the audio longer than needed!) The apparent 50 stories is actually only about 10 stories written in different ways. Jack and the beanstalk was in there at least four times with just a slight change of title and reworded. Also many of the stories are close to the original Brothers Grimm and very gory and not suitable for children.

write the name of the stories as chapter headings!

the narration has coughing during the reading that hasn't been edited out! that's certainly the first time I've heard that in a professional product! and honestly. a giant book of fairy tales and you don't name the chapters? a little effort would have gone a a long way to being a usable book. instead, every chapter is a random story with no way to navigate the book. poor effort.