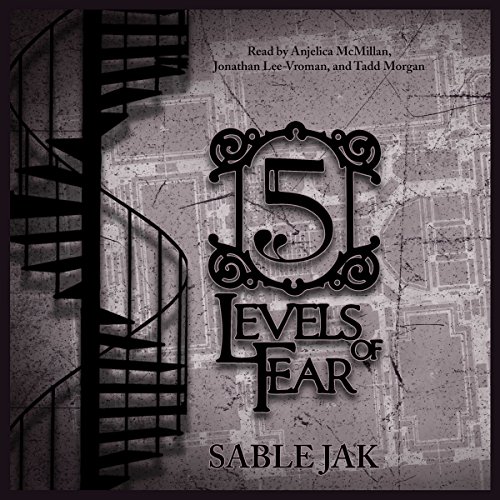 This four-part microseries follows three urban explorers on a trip into a century-old abandoned mansion: one that has never been explored before.

The mansion, frankly, had escaped the notice of almost everyone and has little to no information available about it. Except for the blueprints. And, as it turns out, those aren't exactly truthful.

One of the explorers, due to a fall in a past exploration, is now confined to a wheelchair and through body cams keeps track of the other two as they enter the house. Because they can't get in at ground level, they end up going in through the roof, which is not a preferred method of entrance. They find the place, at first, in pristine shape, complete with belongings from everyone who'd lived there, including two young lovers. But that deteriorates as they descend lower into the house.

Then they find the floor that isn't on the blueprints, and the rows of beds with restraints, and a hallway that progressively narrows, always followed by the howl of someone who has been trapped in the building for a few weeks, or so they've been told. And not lastly they find the jungle growing up from the dank, dark, grave-like basement. Wanting to explore turns quickly into needing to escape.

What listeners say about 5 Levels of Fear

I had a long drive and wanted something really entertaining to keep me sharp. This book did the trick. It's a wonderful ghost/action story without too much gore. The Performances were great, and I'm definitely going to be on the lookout for more by this group.

I really did enjoy this book. Creepy yet light. I was listening with an earbud, alone in my house, doing dishes and there were a few time I had the shivers and looked around...very MUCH enjoyed.

I really enjoyed this, it's an atmospheric drama series in four episodes with cliffhangers, very well acted (surprisingly well as plays that aren't from big publishers don't always have this!) and with really good music and sound effects too. The story is very evocative of exploring the spooky old condemned mansion and uncovering the twisted surprises of its past, leading up to a satisfying conclusion.