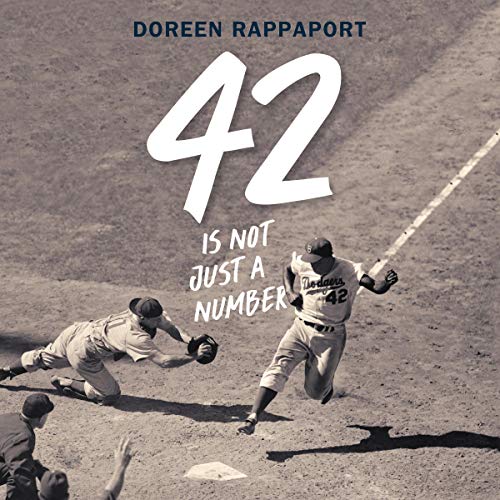 An eye-opening look at the life and legacy of Jackie Robinson, the man who broke the color barrier in Major League Baseball and became an American hero.

Baseball, basketball, football - no matter the game, Jackie Robinson excelled. His talents would have easily landed another man a career in pro sports, but in America in the 1930s and '40s, such opportunities were closed to athletes like Jackie for one reason: his skin was the wrong color. Settling for playing baseball in the Negro Leagues, Jackie chafed at the inability to prove himself where it mattered most: the major leagues. Then in 1946, Branch Rickey, manager of the Brooklyn Dodgers, decided he was going to break the "rules" of segregation: he recruited Jackie Robinson. Fiercely determined, Jackie faced cruel and sometimes violent hatred and discrimination, but he proved himself again and again, exhibiting courage, restraint, and a phenomenal ability to play the game. In this compelling biography, award-winning author Doreen Rappaport chronicles the extraordinary life of Jackie Robinson and how his achievements won over - and changed - a segregated nation.

"Narrator JD Jackson carries the story as he conveys the importance of Robinson's life without overdramatization.... His steady, animated narration reflects the well-researched book and is sure to hold the attention of both young and older listeners." (AudioFile)

What listeners say about 42 Is Not Just a Number