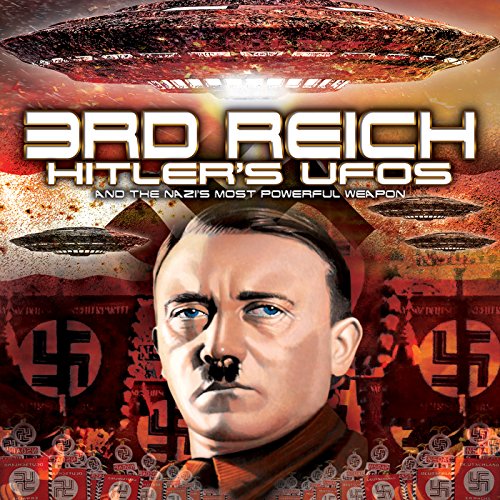 By: Simon Oliver
Narrated by: Philip Gardiner
Try for $0.00

The Nazis possessed technology that was 100 years ahead of the Allies. After being captured, many top scientists and psychiatrists of the Nazi regime admitted that an outside force assisted them and that the Third Reich's ultimate mandate was to create "the most powerful weapon".

3rd Reich: Hitler's UFOs and the Nazi's Most Powerful Weapon is the story of the Nazis and the aliens from outer space.

Researchers now believe WWII was the result of a massive worldwide conspiracy by an elusive secret society known as the Illuminati. A secret sect so powerful they not only control economics and politics but may very well be involved in manipulating society itself via advanced technology.

From the first jet aircraft and V-2 rocket, the Nazis were miles ahead in every technological area, including genetic manipulation, mass hypnosis, and experiments into the nature of time and space itself. Explore the influence of Third Reich technology cloaked in mystery and how it affects our world today.

What listeners say about 3rd Reich