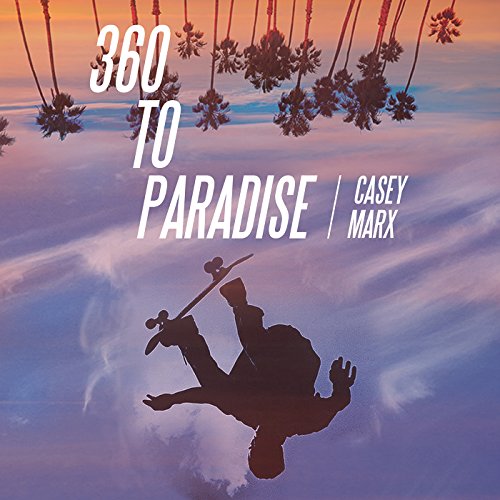 360 to Paradise is a roller coaster of sex, drugs, and throwing a middle finger at authority.

A drama about teenagers transitioning into adulthood. And it ain't silky smooth. The growing pains are like launching off a 50-foot skateboard ramp and smacking headfirst into cement.

Welcome to smoking hot babes at East Beach, epic waves breaking at Rincon, massive illegal raves in the mountains, and legendary parties in I.V. - Isla Vista - also known as H.I.V. for all the rampant, drunken sex that goes down.

His golden existence is about to blow up. But now he's got to survive the next 24 hours:

Come hop on the back of Cody Reese's skateboard. And take the ride of a lifetime.

Would you listen to 360 to Paradise again? Why?

You can almost taste the salty teenage musk on this one. If it had an odor it would be ganja and herbal essence shampoo.

The fast pace and relentless adventure

What does Aaron Landon bring to the story that you wouldn’t experience if you just read the book?

A sensitivity to the character

I cried a little but mostly just made my heart beat really fast.

Loved it. Great listen. Really felt like growing up young and crazy in SoCal. Every minute has something going on, and it's all fun.

What was one of the most memorable moments of 360 to Paradise?

Sex, drugs, and surfing. I was already interested and the book satisfied my interest.

Which character – as performed by Aaron Landon – was your favorite?

Feels like he actually lived this life. Lots of on-the-ground details.

Not much. You could see him as the main character for sure.