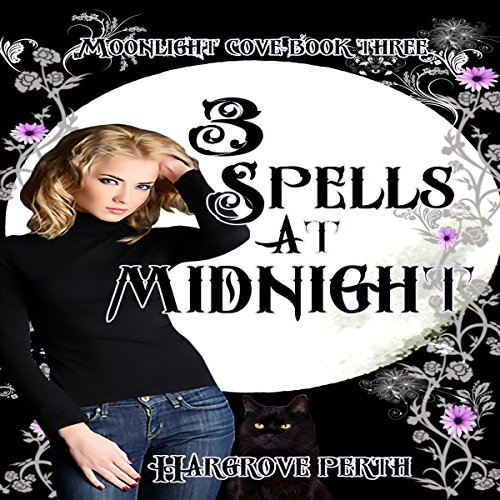 By: Hargrove Perth
Narrated by: Glen Pavlovich
Try for $0.00

A deceptive calm has settled over the sleepy little town of Moonlight Cove, Massachusetts.

When Seth realizes that Annanakara will not rest and will stop at nothing to enact her revenge, he sets out with Oscar to find a way to help her cross over into the Duat where she can face Anubis for her final judgement.

Shortly after their departure, a black cat takes up residence with Anise Pywackett, and she welcomes the company in her now empty and lonely Victorian home. In an attempt to help Lorelei and Julia, Anise casts three spells at midnight with the aid of her new familiar to protect the young women with the best of intentions.

When Llewellyn Amini arrives from Egypt seeking out Lorelei, Julia is suspicious, fearing the beautiful young woman has an ulterior motive. As the truth surrounding Llewellyn slowly unfolds, the immortals of Moonlight Cove realize that Annanakara and Osiris will stop at nothing to gain what they want...immortality in the mortal world and will use every trick in the Book of Dead to get what they want.

When Llewellyn reveals the truth to Kennedy, unable to lie to him any longer as she finds herself falling hard for him, will the residents of Moonlight Cove rally to her aid or let her face judgement in the Duat for what she has done?

What listeners say about 3 Spells at Midnight