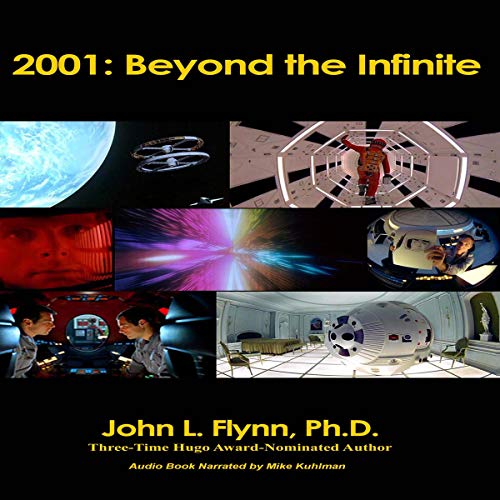 2001: Beyond the Infinite is a celebration of the 50th anniversary of one of the greatest films ever made.

When 2001: A Space Odyssey opened on April 3, 1968, science fiction films were not well-regarded by critics. In fact, most considered them to be juvenile, with little intellectual or artistic value. Except for a few clever efforts like Forbidden Planet and Planet of the Apes, they were mostly low budget quickies that featured lurid monsters and cardboard rocket ships.

The New York film critics hated Stanley Kubrick's epic space adventure, in part, because he defied their expectations by producing a literate work of science fiction. Ironically, their reviews didn't stop moviegoers from lining up at the box office.

A few understood what Kubrick was trying to do. Some just went for the spectacle, while many others dropped acid and waited for the light show to take them on the ultimate trip. Today, audiences have come to regard 2001 as a masterpiece not only for its technical achievements in special effects but also for its hopeful, possibly prophetic vision of the future.

Three-time Hugo nominee John L. Flynn documents the production of the film - from Arthur Clarke's initial short story through Kubrick's final edit - to look at the motion picture's critical reception and speculates on what the film was trying to say. He then concludes with interviews with several of the original cast members, including HAL 9000, and looks at the film's lasting legacy.

A must-listen for science fiction fans and fans of the film.

What listeners say about 2001: Beyond the Infinite