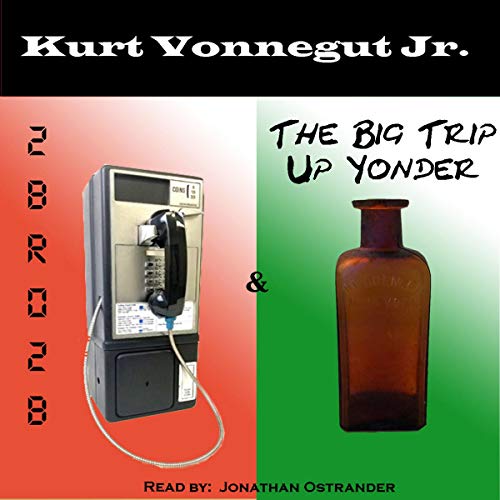 By: Kurt Vonnegut Jr.
Narrated by: Jonathan Ostrander
Try for $0.00

"2 B R 0 2 B" (pronounced: to be or not to be), was first published in 1962, and introduces the listener to a future where old age has been cured, population control has been implemented to keep the United States population at exactly 40 million, and death is voluntary.

"The Big Trip Up Yonder" was published in 1954, and is similarly themed (old age has been cured), but in opposite. This story follows the Ford family who has 23 members spanning several generations all living together in a small one bedroom apartment under the tyrannical head of the family, "Gramps".