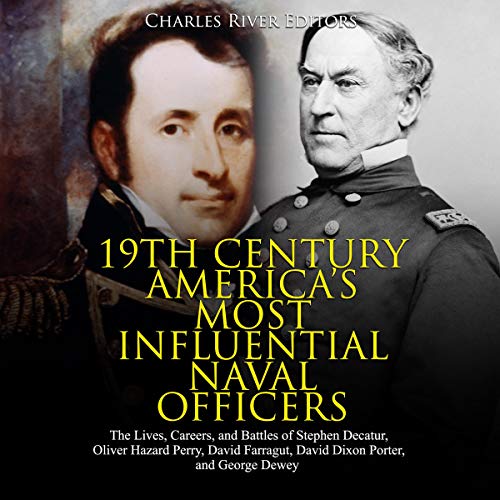 Americans had few things to celebrate during the Barbary Wars or the War of 1812, but one of them was the growing prestige of the US Navy, and among those who were instrumental in its development, few were as influential as Stephen Decatur, Jr. Decatur had an impact on nearly every war America fought in between the 1780s until his death in 1820, and his stardom ensured that he was a fixture among Washington, DC's elite in his own lifetime.

While generals like Ulysses S. Grant and William Tecumseh Sherman received the lion's share of the credit for Union victories, especially in the Western Theater, naval forces were instrumental in the capture of New Orleans and Vicksburg, as well as at Fort Donelson and Fort Henry, and Farragut was immediately recognized for his service. Congress made him the nation's first Rear Admiral in history in 1862, and Farragut would also go on to become the first man in the history of the US Navy to attain the rank of Admiral.

Similarly, Porter was recognized throughout the Civil War for his service, even as he was subjected to the kind of politicking that marked the war effort in Washington, and he became just the second man in the history of the US Navy to attain the rank of Admiral. He would also have a distinguished career after the war as he helped reform the Navy.

The Spanish-American War was famously labeled a "splendid little war" by John Hay, US Ambassador to the United Kingdom, in a letter to Theodore Roosevelt, and while it is often overlooked today due to its brief and one-sided nature, the conflict produced one of the most popular military heroes in American history.

A former veteran of various naval engagements in the Civil War, Dewey managed to find himself in charge of the Asiatic Squadron, and in its most famous battle at Manila Bay, Dewey scored a decisive victory that destroyed Spain's Pacific fleet and subdued Manila's shore batteries while suffering just one American death.