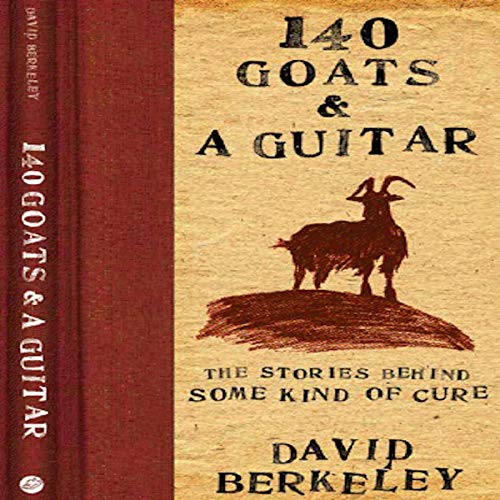 Singer-songwriter David Berkeley is a romantic realist, known for his ability to look at the human condition in all its complexity and give us luminous songs full of sunshine and anguish, melancholy and delight. He is a natural storyteller, as anyone who has seen him perform or heard his piece on This American Life knows.

In 140 Goats and a Guitar, his authorial debut, Berkeley proves that he is an equally gifted writer, with a voice as a distinct as the rich baritone he sings with. 140 Goats offers 13 stories, one for each song on his album Some Kind of Cure, written primarily while he lived for a year in a tiny mountain village on the island of Corsica with his wife and young son. These stories are beautifully told, with a poetic attention to details and rhythm that makes his prose sing.

Berkeley has created a bold and thoroughly enjoyable new concept with this book, encouraging listeners to hear the corresponding song from his album after listening to each story. 140 Goats is confessional and candid, providing a powerful and moving view into the heart and head of this young father and artist.

In this 10-year-anniversary audiobook edition, David Berkeley reads his own personal work. Included here is a newly written introduction to this edition. For more on David Berkeley's other book The Free Brontosaurus (also available on audio), all David's music, and his incredible Son of Town Hall project, visit www.davidberkeley.com and like him at facebook.com/davidberkeleymusic.

What listeners say about 140 Goats and a Guitar