Literature & Fiction | Science Fiction & Fantasy | Children's Audiobooks
I was born in 1969 and grew up in Lexington, MA. My parents were both English professors, so naturally I read a lot. I read a lot in college too, and read even more in graduate school. Then I moved to New York City and started writing full time. My first novel, Warp, came out in 1997. My second, Codex, was published in 2004 and became an international bestseller. The Magicians was published in 2009 and was a New York Times bestseller and one of the New Yorker's best books of the year. The sequel, The Magician King, came out in 2011 and was a Times bestseller too. The third and (almost certainly) last Magicians book, The Magician’s Land, was published in 2014 and debuted at #1 on the bestseller list. The Magicians books have now been published in twenty-five countries and have gotten praise from among others George R.R. Martin, John Green, Audrey Niffenegger, Erin Morgenstern, Joe Hill, William Gibson, Kelly Link, Gregory Maguire, and Junot Diaz. They've also been adapted for TV: The Magicians is currently the highest-rated show on the Syfy network. I also write a lot of journalism. I was both the lead technology writer and the book critic at Time magazine for fifteen years, from 2002 through 2016 -- the New York Times described me as “among this country’s smartest and reliable critics.” I’ve written more than 20 cover stories for Time, and my essays and criticism have also been published in the Believer, the Village Voice, the Wall Street Journal, the New York Times, Salon, Slate, Wired, Entertainment Weekly, the Week, Buzzfeed, NPR, Lingua Franca and many other places. I’ve won several awards for journalism, including a Deadline award in 2006. I've also given many talks and lectures at festivals and on campuses, including Harvard, Yale, Princeton and Oxford. In 2018 I was the Mary Higgins Clark Chair at Fordham College. I live in Brooklyn with my wife, two daughters and one son, in a creaky old house.
Read more Read less

A Quote by Lev Grossman 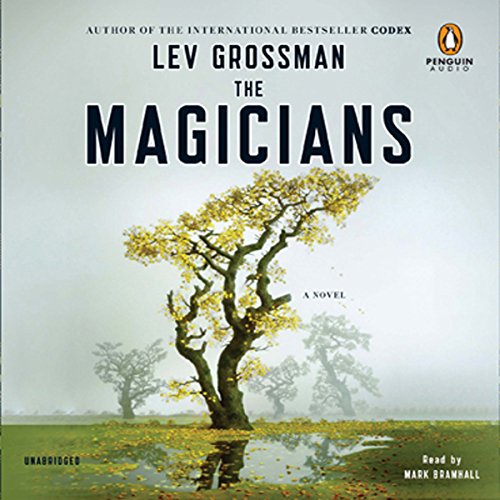